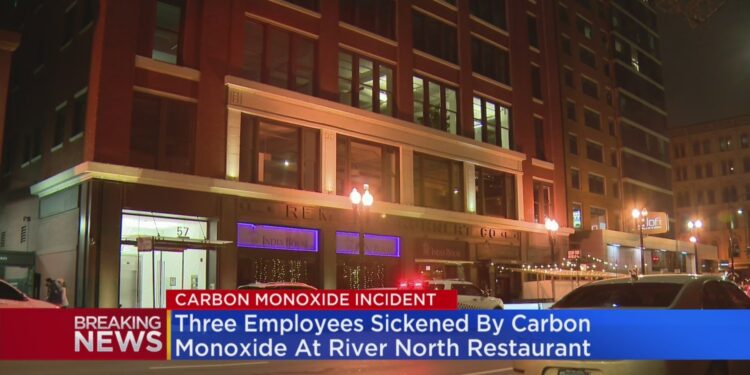 Around 5:30 p.m., firefighters responded to an eight story building at 59 W. Grand for the Level 1 Hazmat due to high carbon monoxide levels. The building is a mixed occupancy building.

According to the Chicago Police Department, three restaurant employees were transported in good condition to Northwestern Memorial Hospital in by the Chicago Fire Department. Two of those people were in serious to critical condition and one was in fair to serious condition.

READ MORE: Thousands Of Flights Cancelled Over Christmas Weekend; Cancellations And Delays Continue Monday As Employees Call In Sick Due To Omicron

India House, a restaurant located on the bottom floor of the building, confirmed it was closed due to an emergency situation.

Firefighters requested People’s Gas to help deal with the situation.